See pictures of ATTACHMENT at The Center in 2009

Attachment is a site-specific participatory sculpture by Nathaniel Lieb & Sarah Nelson Wright. More than fifty handmade white plaster hearts hang on facing walls at the end of a hallway. People are invited to engage with the work by tying hearts together with a variety of yarn, creating intersecting lines and tangles in front of a large window. 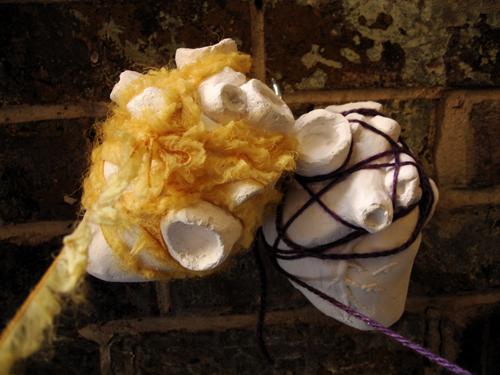