by Nathan Kensinger, Laura Chipley and Sarah Nelson Wright
Created in 2012 & installed at various venues from 2012-2016

The Newtown Creek Armada: Portholes is a video installation presenting three unique portraits of the Newtown Creek, a Superfund site bordering Brooklyn and Queens. Each video was created using waterproof cameras mounted onto miniature radio-controlled boats, which were then launched into different tributaries of the creek. The resulting portraits use underwater footage and audio to immerse viewers in this toxic landscape. Each of the three videos are installed inside portable metal portholes designed by the artists. 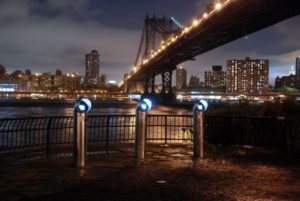 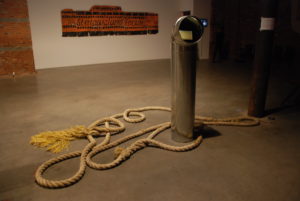 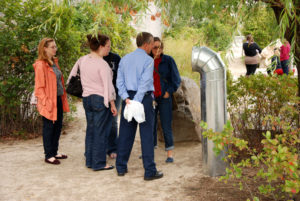 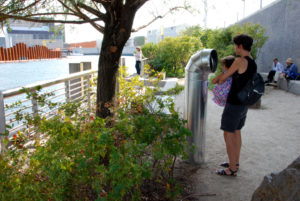