:: postcard and mapping project about gentrification and moving in the urban environment ::

LOCATIONS & DISLOCATION is a project about moving. It creatively and subjectively describes the people who move from home to home in the urban environment, swept by the forces of the city and the ebbs and flows of life changes. The marks of their presence often vanish from each place they leave, replaced by new tenants and sometimes new buildings entirely. This energy of movement, both voluntary and forced, is a vital component of the contemporary urban landscape.

The process: I collect an individual’s past and current addresses, map these moves, and then remove the map, leaving an abstract line drawing. I collect the reasons for each move, such as: job, love, priced out, rats, light, band, adventure, safety, space, etc. I print the line drawing and the reasons on a postcard and mail it to the person. I also create installations with overlapping lines from different individuals, including a piece focused on gentrification in Brooklyn and an interactive mapping installation in Brazil.

The project searches for the poetry in this personal data, creating abstract biographies of a person as he or she moves through a city. It reveals the complexities that underlie a mobile population and excavates the choices and forces that shape an individual’s path, while providing abstract documentation and affirmation of people whose often untraceable presence is essential to the fabric of urban life. 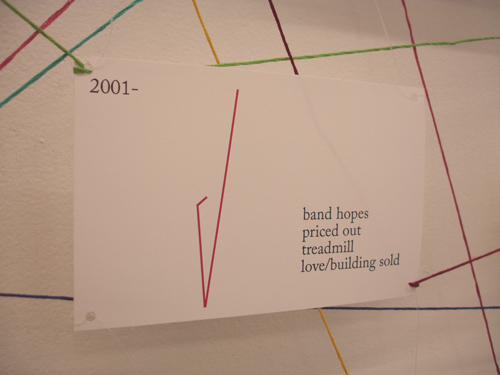 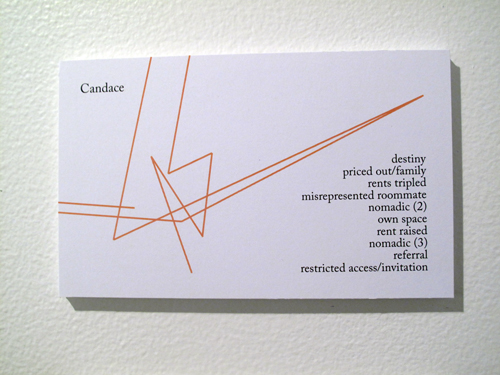 Locations & Dislocation in The Gentrification of Brooklyn at MoCADA, 2010 (detail)

In addition to the exhibitions below, an installation of LOCATIONS & DISLOCATION from The Gentrification of Brooklyn show was installed in the office of the Museum of Contemporary African Diasporan Arts [MoCADA]. This installation shows intersecting maps of six individuals moving through gentrifying neighborhoods of Brooklyn. 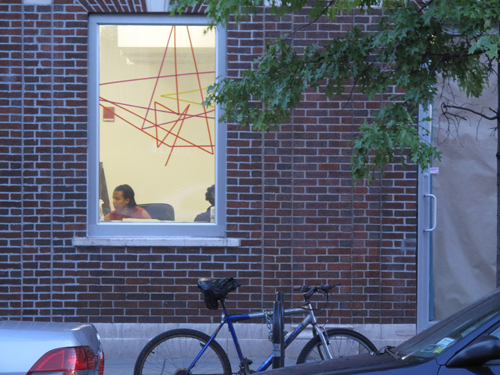 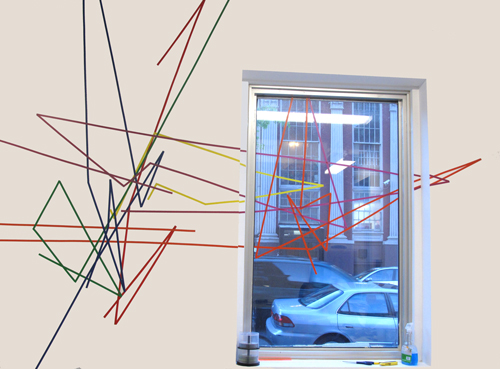 2010 The Gentrification of Brooklyn at Museum of Contemporary Diasporan Arts (MoCADA) (Brooklyn, NY) 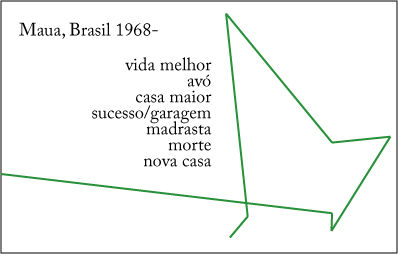 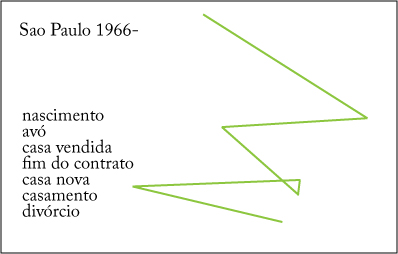 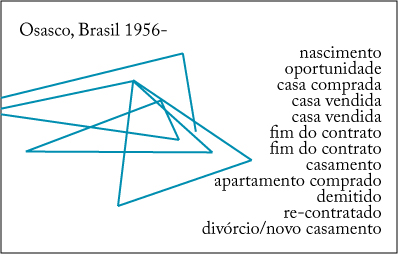 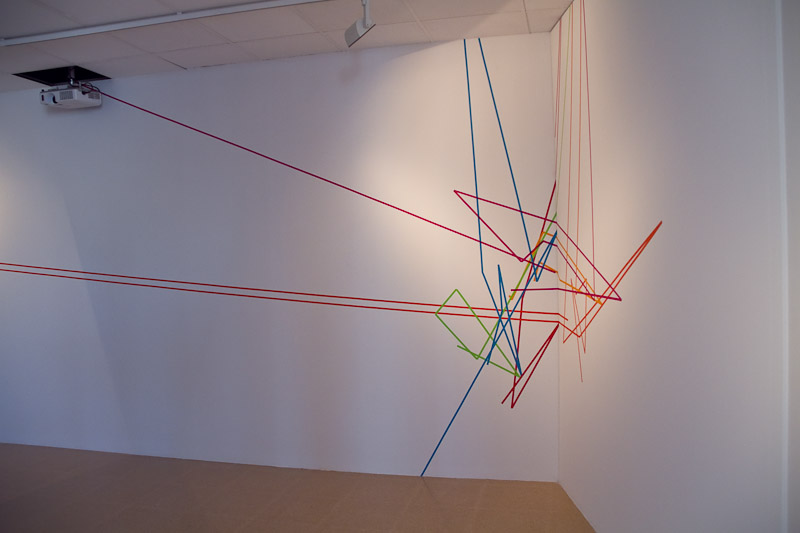 Installation at ACVIC in Vic, Spain, 2011

Locations and Dislocation by Sarah Nelson Wright is a visual mapping of six individual’s travels, moves and endeavors due to the effects of gentrification, urban expansion, rising rent and personal hardships. Each individuals journey is a color-coded line drawing of the local’s literal movement around the borough and collaged together upon a no longer existing map of Brooklyn. Alongside the collage and mixture of several lives is a simple mapping of their independent adventures and simplified list of their locations and dislocations in Brooklyn. Whether it was motivated by love, heartbreak, rising rent or lost job, the piece has a lot of soul and is beautifully composed.
-Jessican Manchester, Gallery Crawl