Viewers approach an everyday medicine cabinet and open it to find an infinite mirror box reflecting video images of a memorial to American soldier who have died in Iraq. Below a shelf of common toiletries, mirrored images of the memorial, a graphic and continuous sea of crosses, both mesmerize and surprise. The memorial is located in Lafayette, California, the artist’s hometown, and was made by Jeff Heaton, Baika Pratt and numerous local volunteers. 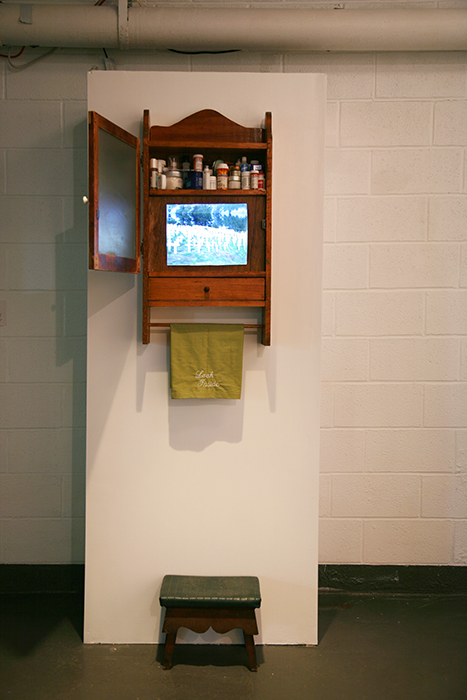 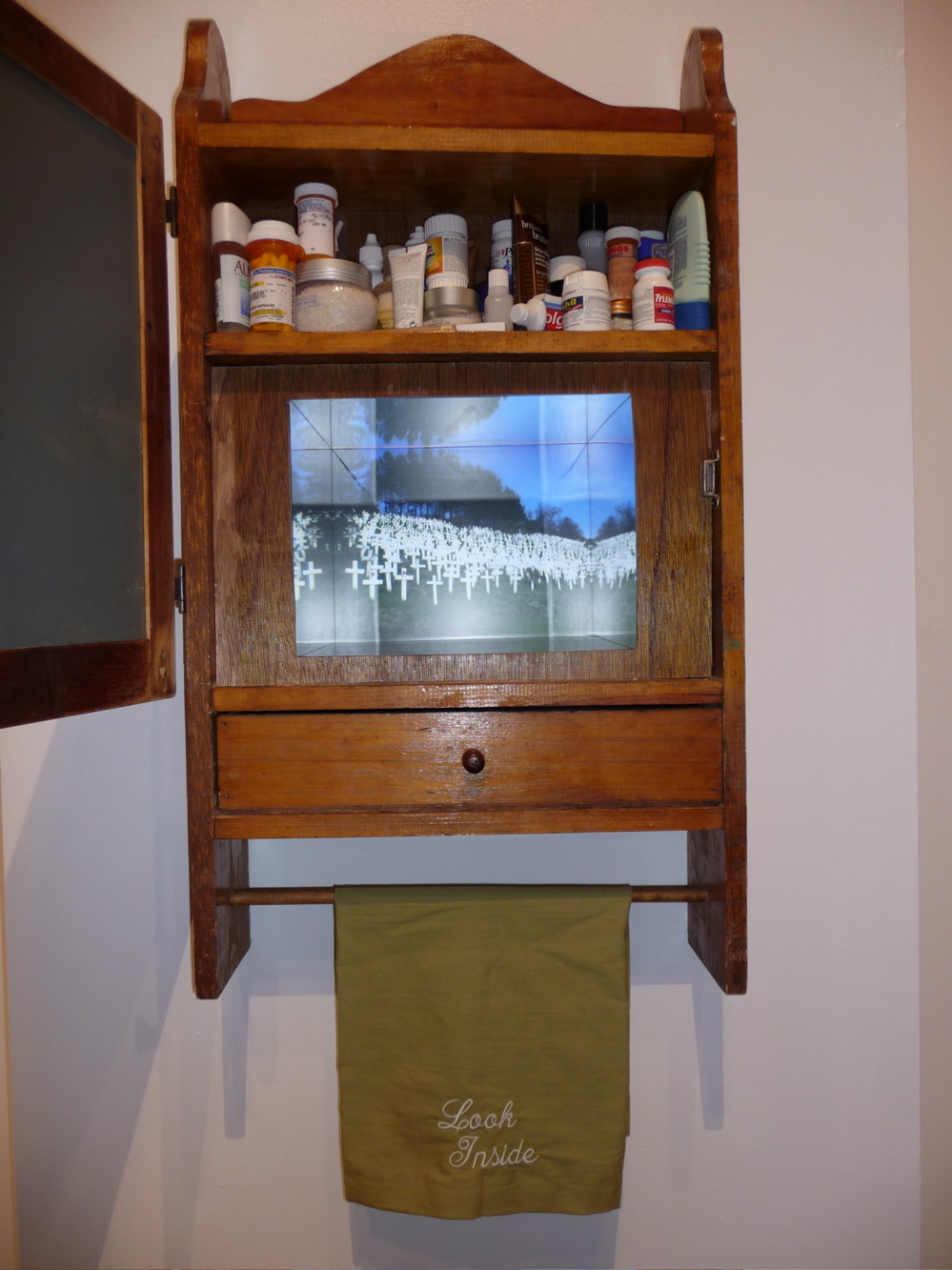 LOOK INSIDE was exhibited in 2008 in WWIII presented by _gaia at Mana Fine Arts in Jersey City, NJ, curated by Doris Caçoilo and Joanna Rose White; and in 2009 at 2,191 Days and Counting at Powerhouse Arena in Brooklyn, NY, curated by Maya Joseph-Gotteiner and Chere Krakovsky. 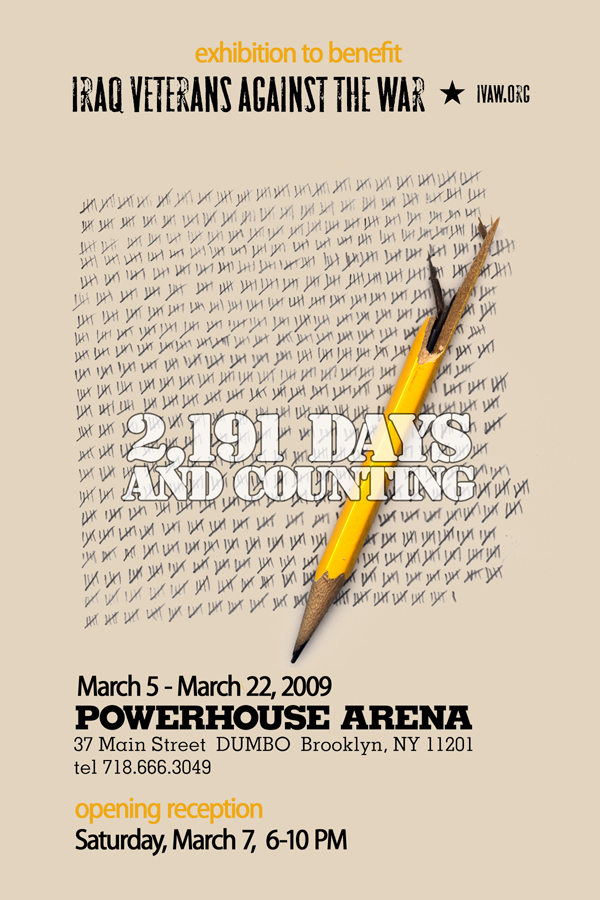 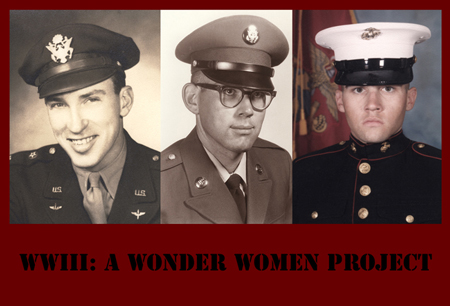 LOOK INSIDE is a video, mirror and found object installation about my experience of the Iraq War. In January 2007, I began a documentary video project about a hillside memorial to American soldiers who have died in Iraq. Located in Lafayette, California, my hometown, the project immersed me in the public and private grief about the war, and its endless personal and political complexities. Now, away from the project and the memorial, I find the war often disappears from my daily thoughts. This installation expresses the intensity of unexpected moments when the war disturbs everyday life and this ease with which it vanishes again.

Special thanks to Neil Nash-Coulon.