I will be showing twenty postcards from Locations & Dislocation for the next three months as part of a group show at Art for Change.  The postcards are a selection from the last three years, including people from Conflux in NYC, SESC in Sao Paulo, Brasil, and MoCADA in Brooklyn.  I included two previews below.

There will be intriguing events throughout, including a workshop on how to make your own inflatable shelter, so check back for updates!  There will be a closing event on April 2. 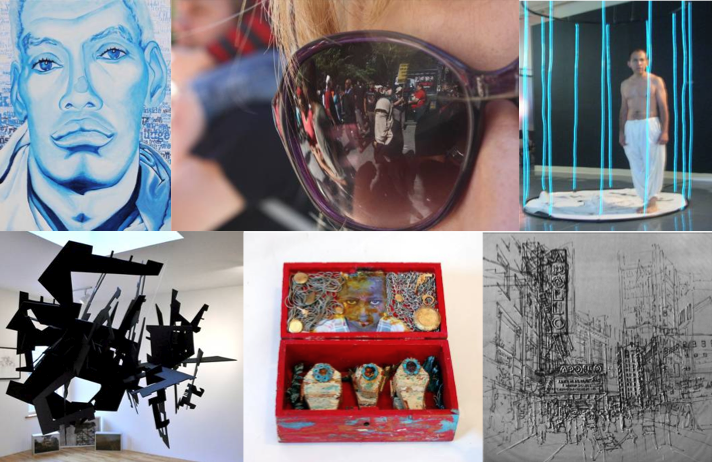 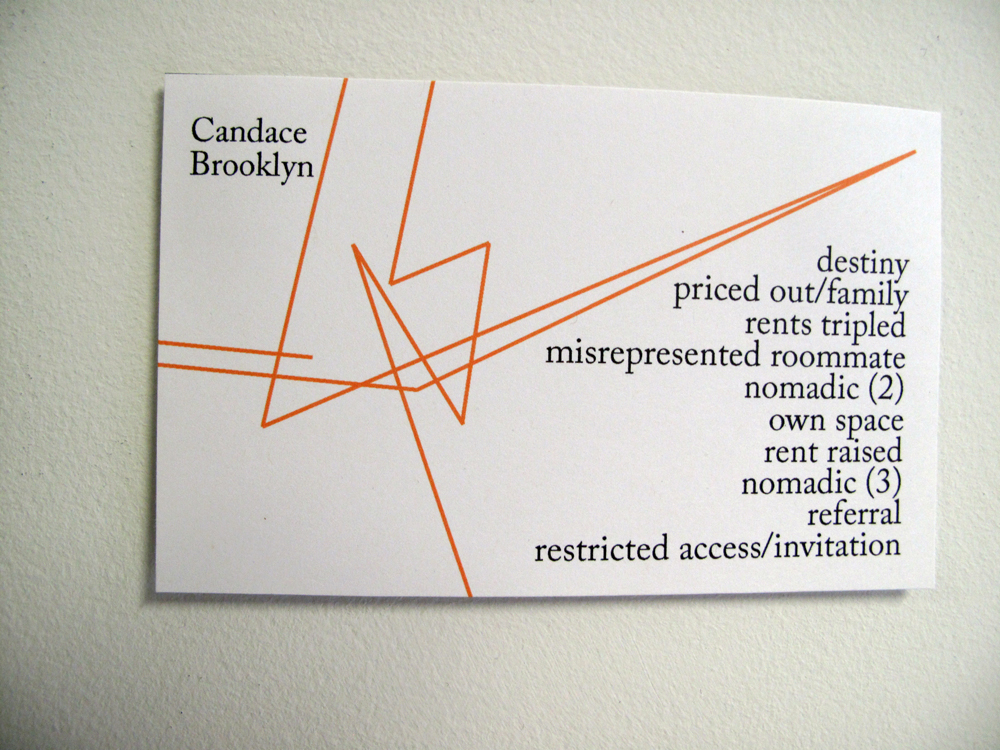 “Candace” from LOCATIONS & DISLOCATION at The Gentrification of Brooklyn at MoCADA.

Art for Change is pleased to present “(dis)located,” a group art exhibition featuring artworks by Hector Canonge, Helen Dennis, Cecilia Givens, Jocelyn M. Goode, Marissa A. Gutiérrez-Vicario, Harry Jean-Pierre, Miatta Kawinzi, Caitlin Masley, Cecilia Moreno-Yaghoubi, Jasmine Murrell, Ibou Ndoye, Sarah Nelson Wright, Heather M. O’Brien, Sa’dia Rehman, and Christina Stahr, with LGBT homeless youth art projects presented by The Create Collective. The exhibition focuses on the concept of displacement as it functions locally to exclude various groups of people. Being physically apart or away, being disrespected through criticism, being dislocated emotionally by existing social structures, or being removed from zones of familiar location all reflect situations of dislocation. “(dis)located” explores psychological and emotional trauma created by the constraints of exclusion as a product of homelessness, sexual orientation, immigration, economic status, political affiliation, religion, gentrification, and ethnic or racial identity. Residents forced out of their neighborhoods due to gentrification and rising rents, LGBT cut off from their own cultural, disparate generations segregated from each other by violence and drug epidemics, Muslims isolated by rising anti-Islamic sentiment, and political refugees negotiating a new home space all highlight common threads of moving and exile. Highlighting the similarities between the experiences of “exiles” in order to foster connections between seemingly disparate people, the ultimate aim of this exhibition is to open a dialogue to collectively empower newly built coalitions and lead to further activism.

Art for Change is a non-profit 501(c)(3) organization that provides a forum for creating innovative art and media programs that inspire people to take an active role in social justice. For more information, visit: www.artforchange.org. 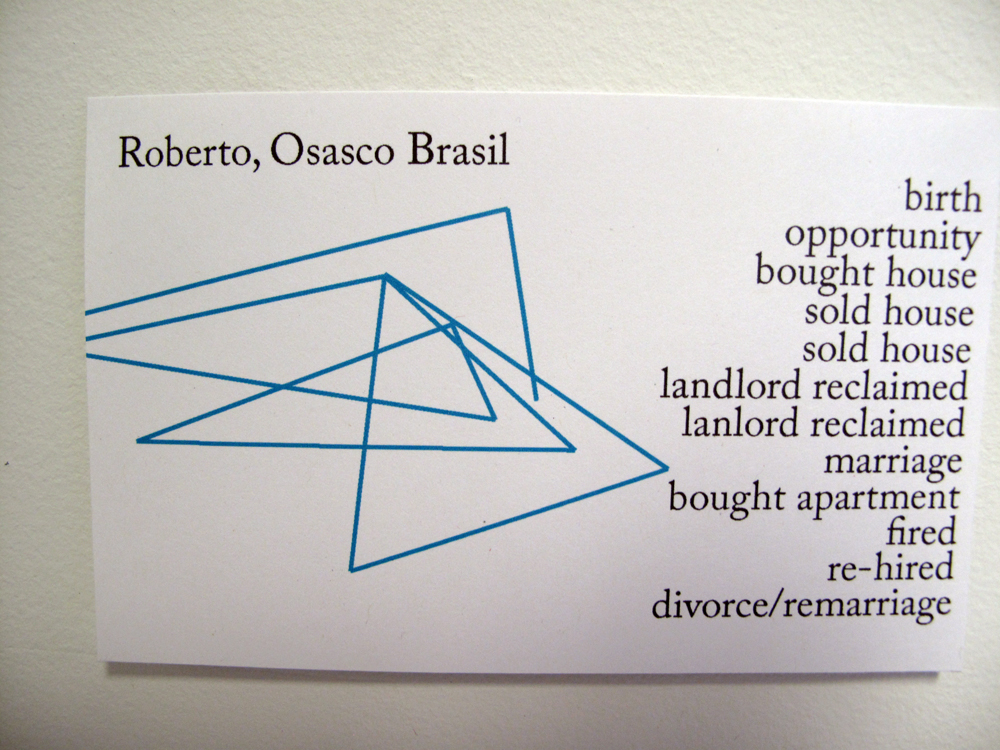