Thanks to everyone who came out for the opening and artist talks for The Gentrification of Brooklyn at MoCADA.  The response has been overwhelming and I am inspired by all the conversations about gentrification the show is generating.  For those who haven’t seen it yet, it will be up until May 16.  You can see a list of future events here.

The show has received some great press, including this NY1 piece.

Enjoy these pics from the opening! 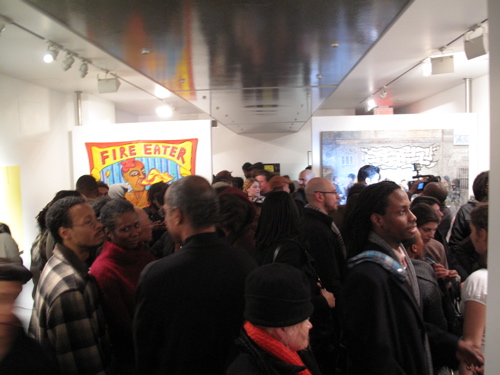 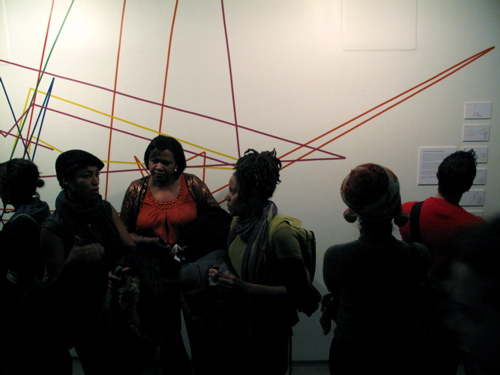 in front of Locations & Dislocation 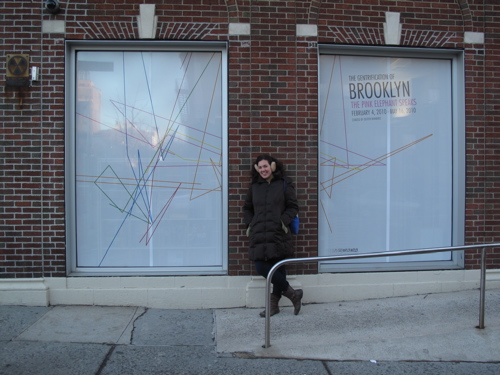 Locations & Dislocation on the windows of MoCADA

Special thanks to Laurie Cumbo (director of MoCADA), Dexter Wimberly (curator) and LaShaya Howie (awesome MoCADA intern who installed with me for 5 hours!), everyone at MoCADA and the other artists.