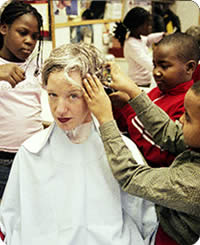 Those who know me well know that I like projects that get strangers to interact in innovative, unusual yet somehow somewhat safe ways.  A favorite is Darren O’Donnell’s Haircuts by Children, where he trains kids to cut adults’ hair, in particular in a gentrifying neighborhood of Toronto where many of the new spaces (galleries, bars, etc.) were not kid-friendly.

In the winter of 2007, Sufjan Stevens dreamed up the Sufjan Stevens Xmas Song Xchange Contest.  Over 600 people wrote holiday-themed songs and sent them to Sufjan in hopes of exchanging the rights for their song for the rights for a new, unreleased holiday song that Sufjan penned.  I was the winner of the contest, with my song “Every Day is Christmas.”  Sufjan’s announcement can be found here.  You can hear my song here (just click on the box with the musical notes at the top of the page and it’ll bring you to the page with the song). 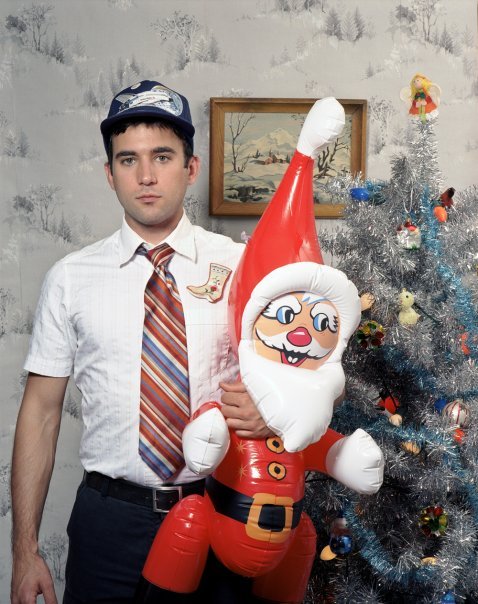 As promised, I received from Sufjan the exclusive rights to his own winter song of great beauty, called “The Lonely Man of Winter.”  No one but Sufjan’s closest friends has heard this recording.  Until now.

In an effort to counter the cheapening effects of internet all-availability, and to recapture an era when to get one’s hands on a particular album or song was a real experience, we at Hoi Polloi would like to share this song with Sufjan fans in a special way.

We would like to invite you to our Brooklyn home for an exclusive listening session of this gorgeous song, with hot beverages and cookies provided for your enjoyment.  We’ll share some conversation, slip some headphones on you, and press play.

I have to admit I was not particularly moved by the notion that the internet’s openness had somehow demeaned the value of music, but the listening session proved an amazing experience.  I drank tea and ate fresh-baked chocolate chip cookies with five really lovely strangers, swapping stories about how we discovered Sufjan’s music, the ways we share music, and what we are about as people.  We then listened to the song on headphones twice and concluded by snapping a group picture. 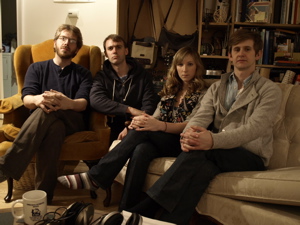 It was a beautiful song.  As one attendee put it, “book Sufjan.”  I thought that I would feel deprived that I could only hear it twice, but I had no such feelings.  Instead, it was a deeply-experienced and clear moment in the middle of a hectic day, in which I dedicated a full ten minutes to listening to music and nothing else.

Alec and Dave are planning to take their show on road, visiting Sufjan fans around the country to share the song in these unique listening sessions, and bringing strangers together in person who may indeed have interacted on a fan forum online, or stood online together at the bathroom at a concert, but would never have had the chance to share cookies and company.