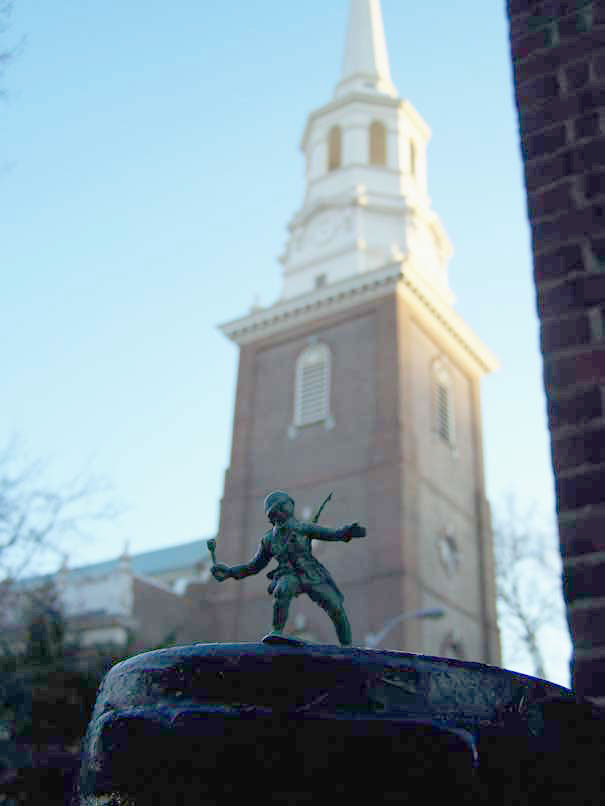 We had a guest artist today in Communication & The City with Prof. Mary Flanagan. Chris Vines is the head of Creative Arts Team, a group out of CUNY that practices theater for empowerment using techniques from Boal’s Theatre of the Oppressed. I found his work interesting, given my theater background, and I like the way he was able to use performance without it being about acting, in a way that could be useful for empowerment and interpersonal growth.

The most exciting thing to me was a project he brought with him from Mouths Wide Open (www.mouthswideopen.org, website seems to be down right now), an NY-based activist group. Apparently since 2005 this group has been planting toy soldiers across the country. When you pick up the soldier, a sticker on the bottom reads, “Bring Me Home.”

I thought this was a great example of new activism. Inserting these army men into everyday life is a poignant way to keep the war present for everyone. I think a huge problem for American activists is that activism is somehow separated from everything else (and many socially-conscious people feel alienated from even the term “activist,” much in the way some women distance themselves form the word “feminist”).

I did wish that the group’s website was written even smaller compared with the “Bring Me Home” text, as it somehow seemed to take on a different agenda with the website. In some way, it would be better to leave the website off entirely, as if the soldier speaks for himself (though apparently the site has a photo gallery and tells people how they can get involved with distributing the army men).

The project very closely relates to the documentary I am making on the Crosses of Lafayette, a memorial in Lafayette, CA, that includes a cross to represent every American soldier who dies in Iraq. Behind the heart of both projects is a question of representation. Who can memorialize soldiers? Who should advocate on their behalf? Who gets to, literally, speak for them?

Both projects are important because they remind us that there are soldiers who are in harm’s ways and keep the war in the public eye.  These projects are effective at these tasks, but there is another question for us young activists/ “folk who want to effect change without all the baggage of the Activist label.”

Most people do not want the war to continue and yet the war goes on. As media activists (or whatever we are) our primary tools have been educating, presenting criticism, stimulating awareness and debate, essentially changing people’s minds.

The question we were tossing around after class is how to affect real change when public opinion does not seem to have a big influence.